Course Closed for the season – see you in the spring! 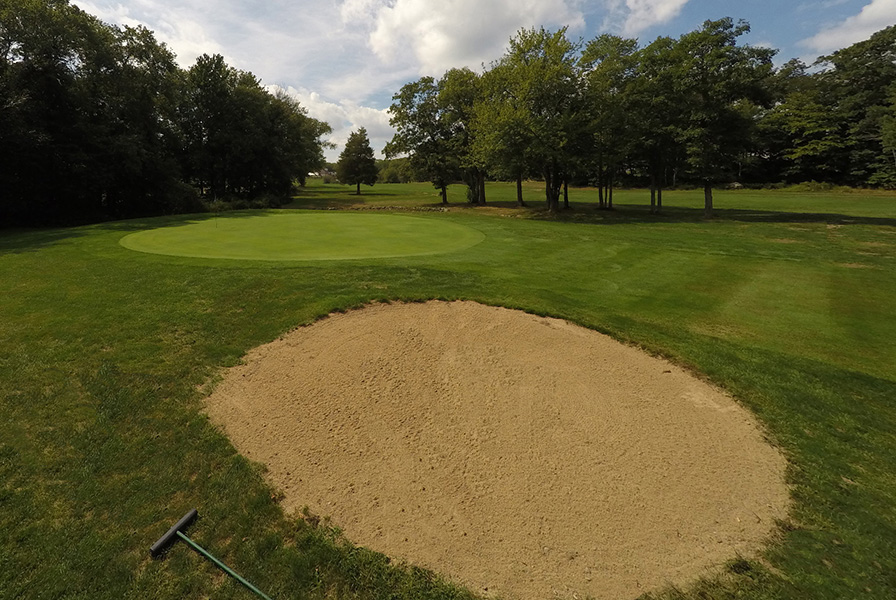 Hillside’s nine hole layout was originally designed in 1972. The Clubhouse and 10,000 square foot banquet facility was constructed in 2003. In August, 2013, the property was purchased and underwent a major renovation of the clubhouse and ballroom.

Eric Souza, our Superintendent, came aboard this past July, 2017.  Eric brings with him many years of experience and knowledge in the maintenance of a golf course.  He and his team continue to make improvements that will improve the playing conditions of the course.

In late October, 2015, we began an expansion of our irrigation system on the course.. In addition a planned “10th” hole will be added in 2017. We also began a two year "beautification" of the course in the fall of 2015 and will continue the plan over the next 18 months. We received our new hole signs that were part of a class project at the Vocational program at the Dighton Rehoboth Regional School. We are all excited about the improvements to the course!

View the Players and Schedules

A Thank You From The Coach

Listen to the Interview

Ready to Book Your Event?